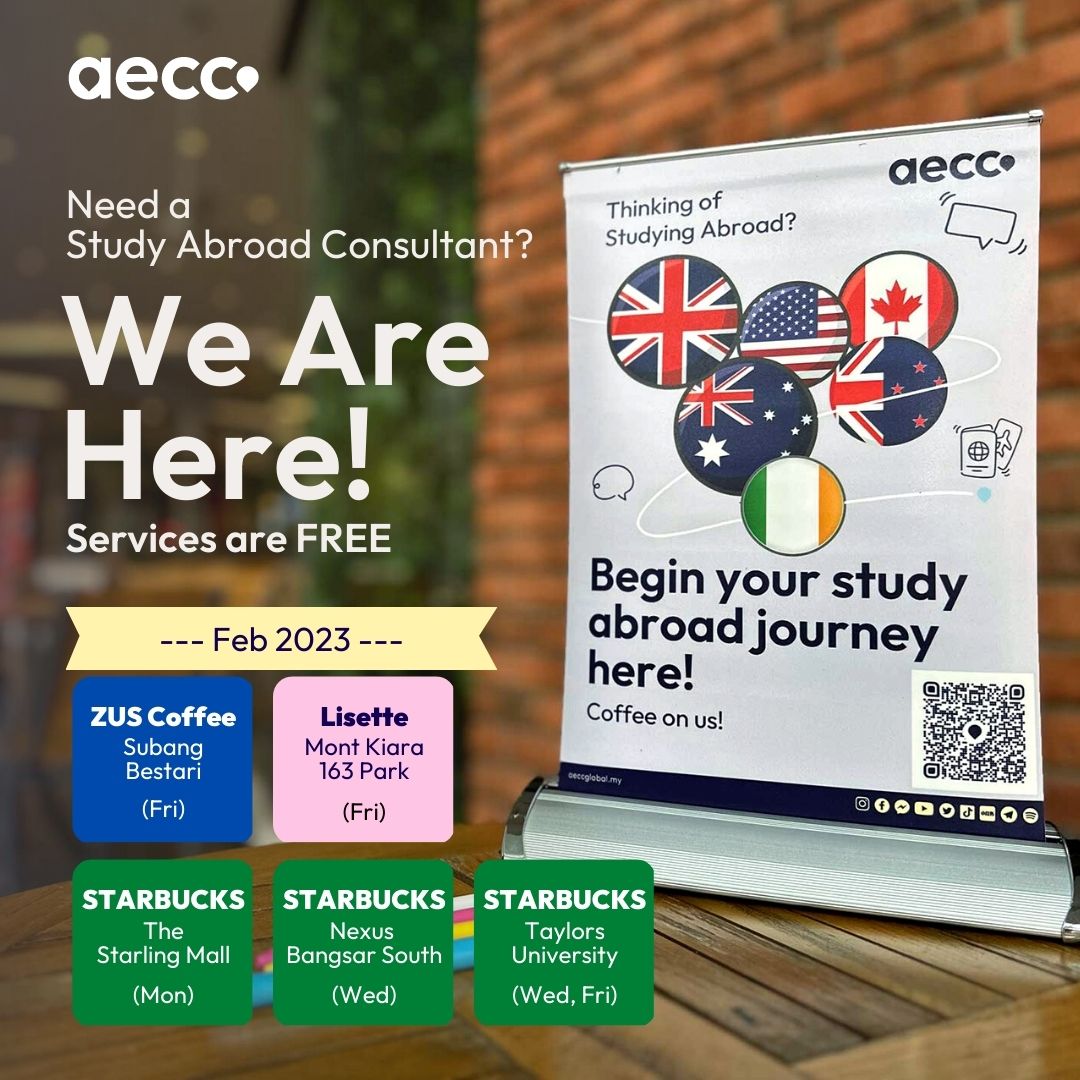 Join us for coffee

For the month of Feb, we are hopping around cafe's to meet you. Let us guide you through the necessary information that you need to know about studying in Australia, United Kingdom, USA, New Zealand, Canada & Ireland. Coffee on us!

Check out our slot below

Keele University was founded in 1949 by A.D. Lindsay, former Vice-Chancellor of the University of Oxford to meet the demands of a new kind of society, economy and world. The campus is located close to Newcastle-under-Lyme and it is designed to bring all students’ necessities under one roof. By 1969, Keele University was being described as "the most original innovation in British university education in the 20th century".

Keele University is working towards providing solutions to some of society’s most urgent challenges through its cutting-edge research facilities. 97% of their research was deemed to be world-leading.

With over 600 acres, Keele is the largest single-site campus in the UK. Home to a 70-acre development site for its Science and Innovation Park, hosting over 40 companies that employ over 600 people. To make the campus accessible to all students, The Union Square is the prime spot on the campus, which houses the Student's Union, Costcutter Store, Pharmacy, Post Office, Food and Drink Venues, Library and Chapel. The campus has a sports centre with a wide range of activities for the wellbeing of the students. There are even dedicated social spaces for the students to chill between lectures or meet for group study.

Things you should understand for studying abroad!

Tip: 1
Choose the University that Suits You Best
There's no such thing as the 'best' university. Look for the university that fits your preference instead.
Tip: 2
Rankings Are Not the Most Important Factor
Rankings do carry weight but they are not the most important factor. Every institution has unique programs and different emphasis.
Tip: 3
Choose the Course You Are Truly Interested In
Ask yourself. Which industry attracts you? Do you want to be in that industry? Which role do you want to play? Listen to yourself. If you're still lost, we are here to help.
Tip: 4
University Facilities Are Important
Some universities have collaboration with the industry to equip the future force with the latest technology, tools & equipment. This adds advantages to your overall learning experience.
Tip: 5
Things to Be Aware Of (Part 1)
Besides course structure and duration, do look into opportunities, such as internship, industrial collaborations or career placement opportunities. This helps to enhance your experience and personal network before graduation.
Tip: 6
Things to Be Aware Of (Part 2)
Look at the recognition body. For professional courses, it's best to have the course recognised by your home country.
Tip: 7
Message for Undergraduate Seekers
Interdisciplinary is the recent trend. Industries are requiring more multi-vast skillsets. Your education will give you a set of knowledge to begin, but crossing profession will give you competitive advantages to shine among the others.
Tip: 8
Message for Master Students
Upon completion of Master study in Australia, students are entitled for a 2 (+1) years working opportunity in Australia. This will help to improve your profile (resume).
Tip: 9
About Study in Australia
Studying in Australia will definitely bring you a lot of life-changing opportunities. We can help to connect you with more than hundreds of institutions in Australia. Want a smooth study abroad journey? Come to us.
For general information about studying in Australia click here. Or for more detail discussion / consultation such as (tuition fees, cost of living, intakes, entry requirements, admission..), please reach out to us via the enquiry form below.
Get In Touch

Destination Guide
Where to go?
Every country and its cities have different advantages, policies and lifestyle. Let's figure out together which destination suits you the best.

University Recommendation
Which university suits me?
Is it just about rankings? What about industrial career opportunities, accreditation and recognition? In order to give you an ideal study abroad experience, we will take all your preferences, objectives and requirements into consideration before we begin the journey.

Courses & Programmes
What should I study?
Not knowing what to study is very common. It's not easy determine your direction but we have professional tools that would help with your course selection.

Application & Admission
How to apply to the university?
What documents should you prepare? What's the process like? We will guide you with the university application and status updates throughout the whole process.

Student Visa Application
How to secure my student visa?
Student visa is a must for you to go study abroad. We will guide you on the application process.

Student Accommodation
Where to stay?
With our network around the world, we can offer you options and advises on student accommodations. Get a place that feels like home.
Get In Touch

We see your potential and help you to study at Keele University that adds significant value to your future.


Our international education counsellors proactively guide and support the international students in choosing the top-ranking universities and the best courses to achieve their career goal. We make sure our students are provided with personalised support when applying to study at Keele University.

Speak with our experts

To get in touch with our expert team, simply leave your details below and we’ll call you for a FREE consultation.

Get a Call Back